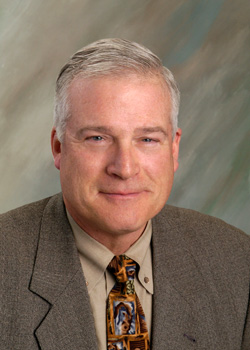 Douglas Carr brings forty years of legal experience in Maine's political and business worlds to Carr Consulting. Recently retired as a shareholder and director of the law firm, Perkins Thompson, Carr has launched Carr Consulting, LLC to focus his work solely on state government affairs and lobbying. Carr Consulting is an integrated practice of government relations and lobbying and administrative licensing for nonprofit, retail, and health care clients. Carr advises national and Maine-based companies in connection with their daily business activities and assists in developing their long term strategic growth and development plans. He represents a large national retail pharmacy company and has served as general counsel to a number of small Maine businesses and several nonprofit charitable organizations.

Carr currently serves as Trustee for the Dirigo Health Plan. His long term involvement in health care issues is reflected in his appointment to the Maine Blue Ribbon Commission to Study the Effects of Government Regulation and Health Care Costs on Small Businesses in 1998. In 2004, he was appointed to the Maine Drug Return Implementation Group. Carr was also appointed to the Governor's Committee to Study the Feasibility of Reimportation of Prescription Drugs in 2005.

Carr serves on the Board of Directors of Oakhurst Dairy, the largest family-owned dairy company in northern New England. Committed to giving back to the community, he serves on a number of nonprofit boards including the Center for Grieving Children, Good Will-Hinckley, Maine Academy of Natural Science, and the Maine Center for Enterprise Development. He is also the former Board Chair for the Maine Cancer Foundation.

Carr has led numerous seminars on a variety of topics including governance of nonprofit organizations under the Sarbanes-Oxley Bill; legal and financial aspects of tax-exempt organizations; and Maine pharmacy regulation and law. He has also presented at the Maine Pharmacy Association Legislative Review and the University of New England, College of Pharmacy.

Carr is a Fellow of the Maine Bar Foundation. He is AV Peer Review Rated for Ethical Standards and Legal Ability by Martindale-Hubbell. He received Rite Aid's Lobbyist of the Year Award in 2010. He serves on the Dean’s Cabinet of the University of New England, College of Pharmacy and was elected to the first class of Phi Lamda Sigma, National Honorary Leadership Society, Delta Zeta Chapter. Mr. Carr is also a member of American Society of Pharmacy Law.